In honor of Mental Health Awareness Month, Simple Habit is showcasing people’s experiences with various mental health conditions. These stories are meant to foster open conversations about mental health, its fragility and ever importance. We want to stress that everyone’s experience is different and these stories only highlight one of many.

This is the experience of one of our own – Dori works as an Operations Analyst here at Simple Habit and shares her experience of watching her mom take care of her grandpa who has dementia. We’re grateful she lent her voice to this conversation and we hope that seeing her story will encourage you to show your appreciation to your loved ones.

My mom likes to tell the story of how I forgot her. It’s not a malicious story, meant to be held against me, but more of a don’t-kids-do-the-craziest-things anecdote. I was probably 3 or 4 and had just returned from an extended stay in China with both sets of my grandparents. We arrived back in the U.S. and there to greet me was someone I didn’t remember or recognize, my mom. 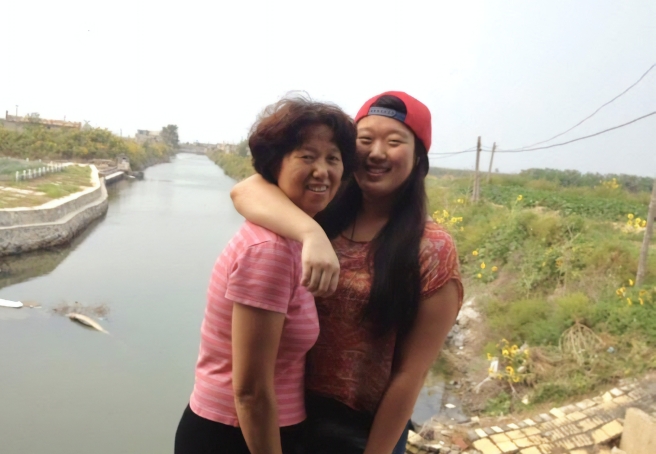 Fast forward 12 years, and I fully remember who my mom is. But, she’s not too focused on me. She’s just lost her own mother to lung cancer, a disease that destroyed her just as quickly as it came. I remember my mom being devastated, distraught, distressed and a whole slew of words that aren’t quite adequate enough to describe the pain of losing a parent. I also remember my mom having no time to process these emotions as she immediately became the primary caretaker of my grandpa, her dad. She cooked for him, made sure he showered, brushed his teeth and stayed active.

Fortunately, my dad is able to take care of the family financially so she quits her job. She doesn’t have any other choice – grandpa is forgetting to eat, getting confused, and can’t be left alone for fear of him getting lost or hurting himself.

It’s difficult to pinpoint the exact moment in which we realized something was seriously wrong with my grandpa’s mind. It was easier to recall the drastic changes in my mom’s life. She is now completely entwined with his physical well-being, attempting to make up for the continuous decline of his mental state. She adjusts her sleep to his random sleep-wake cycle, goes on walks with him so he doesn’t get lost, indulges his sweet tooth occasionally, makes sure he brushes his teeth and rinses, takes him to the doctor for every complaint, and generally tries to make sure he’s safe and cared for. She’s succeeding – he’s content day in and day out.

Mom, however, is not. Grandpa refuses to eat vegetables unless they’re boiled to a mush, he constantly forgets that he just went to the bathroom and will try to go 3 times in 5 minutes. When I bake cookies, he forgets I gave him one almost as soon as he’s finished chewing the last bite. He doesn’t remember who we grandchildren are unless we spend every day with him, he confuses my dad with his biological son, and in the most heartbreaking of ways, he forgets that his wife has passed away. He often would ask, with a warm smile, where his wife is as if she’s simply run out for an errand. To this day, it remains one of my most difficult memories – having to frequently recall to him, with my mediocre Chinese that lacked the delicacies one should have when discussing such matters, that his wife had passed. His face would move from confusion to sadness time and time again, an unfolding of expressions I will not so soon erase from my own mind.

Worse still, is when he asks my mom. Her feelings are in a constant warring state. Pity for his new reality, frustration with his inability to simply remember, guilt for these feelings of frustration, and defeat. Because despite all of the physical wins day after day, she can’t get a significant mental one.

Eventually, my brother and I force her to stop and re-focus. We can see her starting to deflate, pulling inward when she should be reaching out. We try to encourage her as much as possible to go out, spend time on herself or with friends, give her attention to anything that doesn’t have to do with him. She’s slowly working on it, working on pausing and taking a breath, working on putting her life into perspective and taking moments for herself. She’s lighter now. It’s not his fault – he wouldn’t choose this, but this is the reality. He has drained her and without his mental ability to show gratitude, it remains a thankless role.

They tell me I hid behind my grandma when I re-met my mom at the airport. Now, I don’t only imagine the stab of pain caused by that action, I see it fully through my mom and my grandpa.

He doesn’t seem to remember raising her, teaching her, and helping to shape her into the person that sacrifices everything for her father. He probably doesn’t remember making her stubborn, loyal, easy to smile, and easy to cry. Luckily, he doesn’t need to. He might not remember, but I’m grateful that all of us in my family do. We might be just vaguely familiar faces in a crowd to him, but because of him, we stay kind, we stay persistent, and we stay happy. He doesn’t deserve any less.

Want to share your story? We’d love to hear: feedback@simplehabit.com